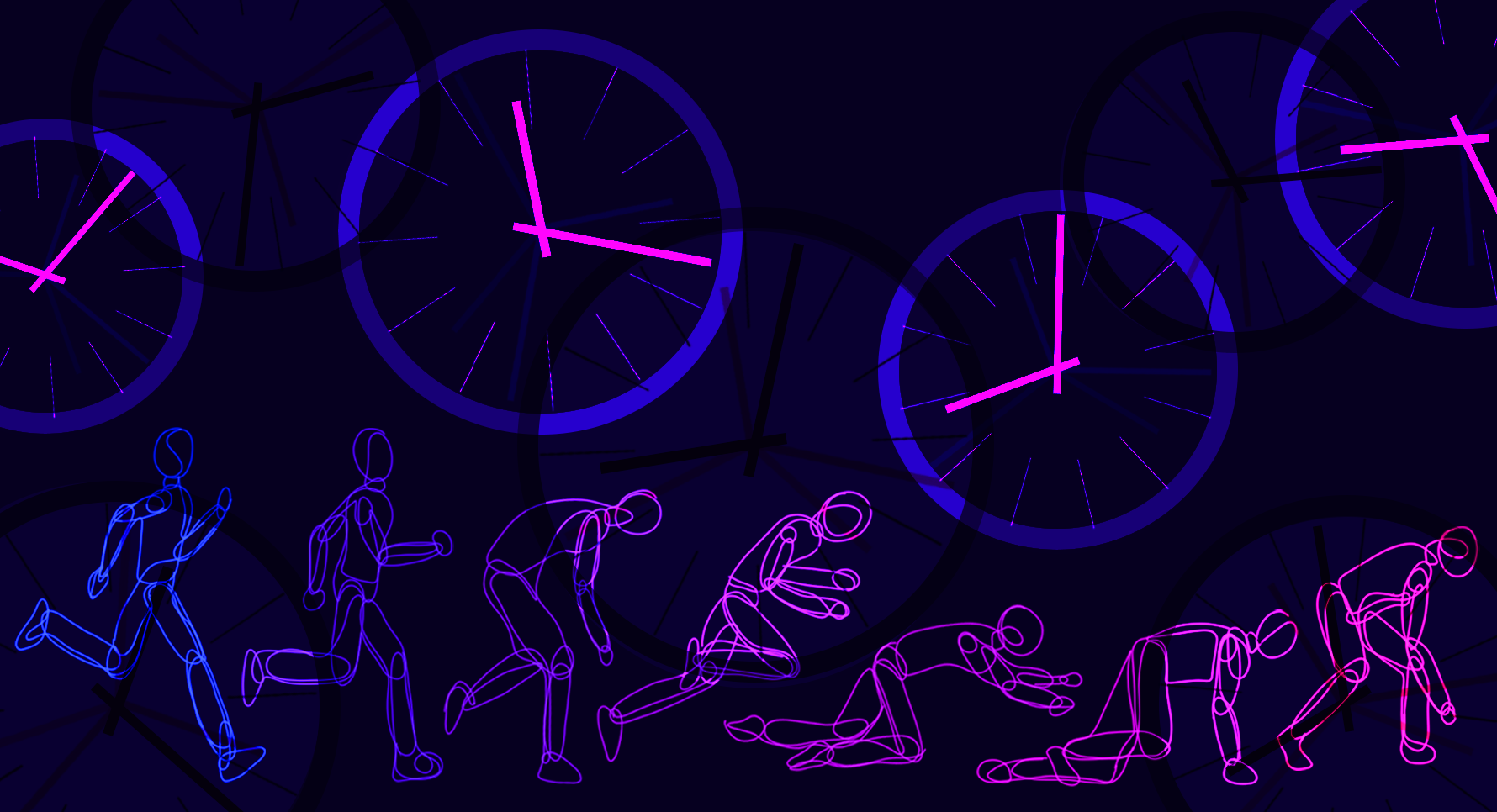 A few weeks ago, I was reading a collection of essays by one of my favourite writers, Jia Tolentino. This essay in particular was called ‘The I in Internet’. One of the points that she highlights is that ‘the internet is built to distend our sense of identity.’ She details Erving Goffman’s theory of how human interaction is based up on the idea of performance: like an actor, a person will create a version of themselves to be displayed to other people.

The internet challenges this. With the potential for a person to be present constantly, in person, online or by being summoned by a notification, the ‘backstage’ area, to recuperate and reorganise, is wiped away. This perfectly supplements ‘Hustle culture’, which requires a continuous and willing input of time, effort and dedication.

The millennial generation grew up in the midst of a transforming world. The Digital Revolution was gaining traction, the population was rising and the explosive exposure to global culture and opportunity meant that that this generation was raised to believe that academic and extracurricular overachievement would result in fulfilling dream-jobs. With the extensive access to social media, there is determination in this generation to not simply ‘endure’ one’s job, but to love it and display their love for it. This in turn, fuses their identities to their employment.

This performative workaholism displays the hunger in the millennial generation for purpose and meaning. By rooting it in productivity, many young people attribute their self-worth to glamorise long hours, exhaustion and little free time. Furthermore, when the workload lightens, an anxiety is created in its vacuum – as though there is always something we should be doing.

Of course, in this culture of constant work and energy, physical and mental exertion, there will be very real psychological and physical implications. While on a corporate and collective level, Hustle Culture is extremely beneficial to the growth of the business, on an individual level, it tends to get exhausting.

Hustle culture is exhausting. Like workaholism, it promotes burnout. What’s different to workaholism with Hustle Culture is the fact that the millennial generation has come to the point where the self is almost inextricable from its online presence. There is no taking a lengthy leave of absence from the office, because the office can be accessed from the phone.

Hustle culture can also breed a toxic sense of competition, and psychologically affect and balloon a person’s sense of purpose, so that it revolves around competing rather than personal achievement.

The hardest part about understanding hustle culture, as a twenty-two-year-old woman, who’s deeply uncertain about her future, is thinking that: I don’t want to partake in this work lifestyle, but when the rest of the world is doing it, what else am I supposed to do?

It’s important to understand that a lot of hustle culture stems from fear: the fear of falling behind, the fear of missing out, the fear of being replaced. An unstable economy paired with shifting global movements can do that to a generation, and the glaring constant presence of the internet and social media doesn’t do much to help.

There is a definite need to combat this fear by redefining success. Hustle Culture starts at the top, putting pressure on employees to respond to the ever-growing demands of the world. The culture begins to reward productivity over quality or sustainability of employee output.

I think the most important thing that we, as individuals, need to do is be in touch with ourselves. It is hard to even imagine changing something that seems to heavily grounded in present day work-life, especially when the companies and organisations that promote it gain so much from its results. But as a potential employee, I think that it’s essential that we don’t attribute ourselves as corporate cogs, but as living, breathing people who don’t have to hustle or grind to make an impact or get where we need to be.

Though committing to working hard and longer occasionally is not a bad thing, it’s necessary to create an active boundary between work and the rest of your life. Develop personal relationships. Take time to recharge and give your body a break. There will always be someone trying to accomplish the same thing you are – sometimes, they may overtake you, and sometimes, you may be the one who gets ahead. But career shouldn’t be at the cost of a healthy personal life and of mental health.

The goal should not be to abandon productivity, but to allow yourself to take a break when you need to. Even if planning, compartmentalising and sustaining your life doesn’t fit into the glamorised concept of Hustle Culture across the internet, it’s definitely got its advantages over it.

Selfie: How the West Became Self-Obsessed by Will Storr

Deeksha Verender is a creative writer based in England. She enjoys writing about the female experience, questioning societal structures and voicing her opinions on the world around her. You can find more of her work at https://www.deekshaverender.com. Instagram: @deekshaverender. LinkedIn: Deeksha Verender